For those of you who don’t know Robert Dante is an internationally recognized bullwhip expert who has presented performances, workshops and demonstrations across the United States and Canada, and in England. 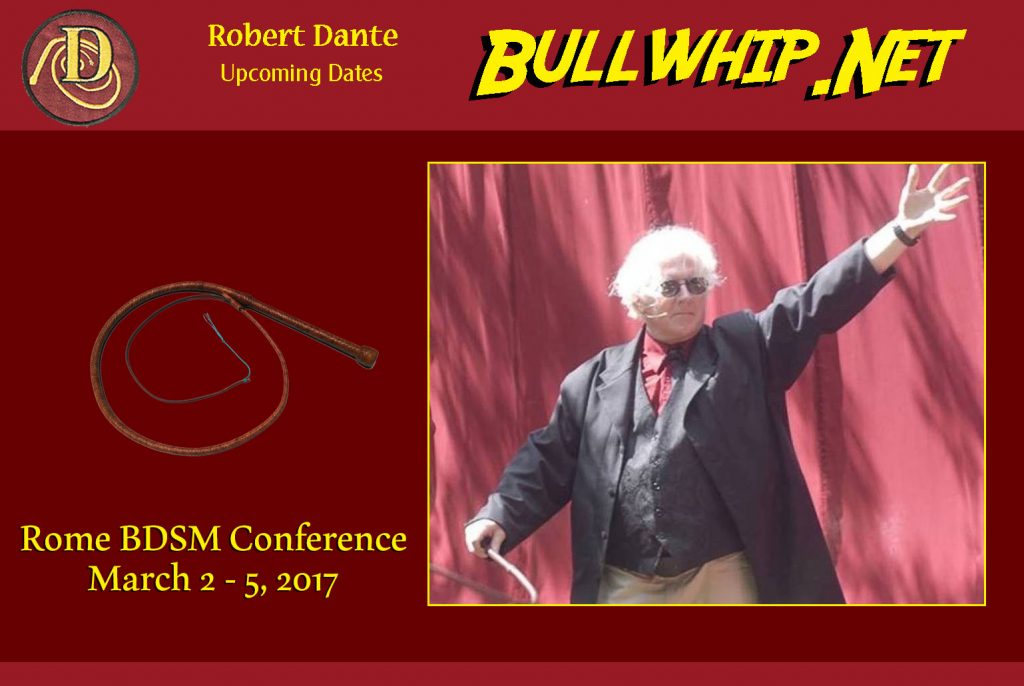 He’s  4-time Guinness World Record holder for most bullwhip cracks in one minute (highest count: 254), Dante also is recipient of the Brian Chic Whip Artistry Award, given by the Society of American Whip Artistry.

Dante has cracked his whips on numerous TV shows, he has also  spoken about whip cracking on many radio programs, from Texas to Australia.

For those who are more interested in Dante as author and 4-time Guinness World Record holder, please see these details at  www.bullwhip.net. I’m proud to let you know that Robert Dante has asked me to make a special whip for him to be used during this forthcoming Roman event: it will be a Target whip with customized features

I’ve studied, designed and made a bespoken model based around his needs. The result of this collaboration has been a 5ft Target Whip, plaited in 16 strands of kangaroo leather  whiskey color.

Here below the specs:

The transition zone of the whip has been binded  in any layers of the internal construction.

This specific binding will provide the whip a more accurate and better response.