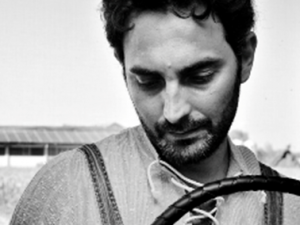 Giovanni Celeste is a manufacturer of whips (whipmaker) Italian. Each of his whip is entirely handmade, passion fruit and its long experience.

Also reproduces the whips used in the Indiana Jones trilogy was originally designed and produced by the great David Morgan. A tribute to John at this skilled whipmaker American and unforgettable trilogy by Steven Spielberg. Here you can choose your whip and contact for any customization.

“I was 8 years old when I saw a whip going to the circus for the first time from that moment it was struck. Remember only the way home I took a piece of wood and a rope and stared at him with the fantasy that may have a child that age seemed like a real whip!

My first “whipmaker” was my mother who taught me to weave with three stripes, since then I have tried, tried and tried again but the results were soooo far away from making a whip.
Then I saw the movie Indiana Jones and my pain of not having a whip grew larger. The real problem was the lack of information, photos, manuals that explain how it was done, detailed images, close-ups, …
On the other hand I knew by heart all the movies where there were whips (western, epic fantasy) and was the only way to see them at least on video. But after the “Middle Ages” came the “renaissance” INTERNET!!

I remember the first research I did on altavista was to write in Italian whisk find numerous links to sites BDSM, so I tried to write Whip and was a triumph. So I knew Mr.Morgan and discovered his great contribution to the production of the Indiana Jones.Un great help I got from Mr. Bernie Wojcicki and his very didactic and instructive tutorial. But my limit was obviously the language, all in English! So helping with a dictionary I discovered the meaning of terms such as bolsters, plait, overlays, etc. ..
Does not yet have a credit card I was practically impossible to buy educational books so I had to study and search the web hundreds of photos to see the details and watching carefully the picture I figured it out how to weave. Self-made man.
Then I discovered the COW and many friends toghether with the same passion, and since then many years have passed and I’m still learning .. “